This is an older review, I’ve written some time ago…

So after I posted my least liked Kilchoman  a while ago and some Sherry reviews the day before, let’s combine the best of these two worlds and look at another fortified wine and two (indeed, two!) Kilchomen matured in its casks. Beside Oloroso Sherry, Port, Fino Sherry matured expressions, there is also a Pedro Ximénez (PX) finished expression, which I’ll come to probably this weekend and these two bottlings which are matured in casks which formerly held Madeira. Mawhat? You may ask, and rightly so. Madeira is a fortified Portuguese wine produced in, you already guessed it, Madeira! There are different styles of Madeira which I’m not going to cover here, so you might want to look that up if you want to know more. Sadly, Kilchoman never stated what kind of Madeira they used for their expressions. The Madeira I’m reviewing below is Vinhos Justino Henriques’ Fine Medium Dry Madeira. The grapes used are mostly Negra Mole but also some Complexa and Triunfo. It’s medium dry, it’s “the old reserve” so 10 years old and has an abv of 19%. Here are my thoughts:

Nose: Love it! Pretty similar to a semi-dry Sherry but also very different. Fruity, tart but also sweet. Raisins, citrus, walnuts and a bit dusty. Also something like a burned raisins note I also found in the Oloroso, and hints of fresh dough or maybe my mind is playing tricks on me and adding smells I associate with some great whiskies I had, who had similar notes…?

Taste: Pretty in line with the nose, though it’s less sweet: citrusy and tart grapes but also sweet raisins, cranberries, walnuts and burned and/or fermented note, a bit bitter,

Finish: Here the fermented note gets stronger and more present, medium dry (great observation Sherlock, really, great…), quite short at the width but it stays longer at the side and the back palate…

If I had to rate it, I would give this a pretty solid B

Now things get interesting! Meet the whisky! We have the Kilchoman Madeira Cask Matured as well as the Kilchoman Club Release Third Edition (2014), which is also Madeira cask matured.
The Madeira Cask was bottled and released in 2015 and was a vatting of 17 first fill ex-Madeira Casks, filled in 2011, which resulted in 6000 bottles of 50% abv.
And in walks the biggest Mexican I’ve ever seen, or well, another Madeira matured Kilchoman. This is the third Club Release, which was released in 2014 for members of the Kilchoman Club. If I recall correctly it’s a vatting of two (or was it three?) first fill Madeira Casks which were filled in February 2010 and bottled at cask strength in 2014, resulting in 600 bottles of 58,4% abv. If you are lucky enough to own a bottle with which you are willing to part with or still know a place where you can get this, please let me know. I know a place which sells it for 300€ which is a bit more then I would like to spend right now…

Situation: Enjoying it side by side with the above and below, from a sample I got from /u/jleese – Thanks again – please send more! On the sofa listening to the Boss.

Nose: Madeira but with a little less of the tart notes, old leather furniture, chocolate, sugary sweetness, salty sea air, a bit numbed as is typical of the high strength, peat, malt, there’s also some bacon behind this, buttered popcorn, the more air it gets, the better it gets

Taste: I actually nosed this one first, then nosed the Madeira Cask and drank the Madeira Cask first, so maybe you want to read on there? No? Ok, here it comes: sweet but not as voluminous and pompous as the Madeira Cask, very nice balance of pepper and velvet on the mouthfeel, honey, peat, salty abv bites, Madeira (see above but without the tart aspects), chocolate, clear smoke above it, a very, very felicitous combination of the Kilchoman spirit and the Madeira cask. Stunning.

Finish: I love it. Chocolate, salt, pepper, Madeira sweetness shines through, long and slowly degrading, peat, slightly drying at the sides of the tongue

Conclusion: Like I said, if you know a place that sells this below 300€ or see an auction where this is on the list, please let me know. If you have a bottle, send me some more! This is the best dram I had so far. Blew me completely away. Incredible stuff. Actually, wait! No, no it wasn’t that good. Go ahead and send me that link…ach who am I kidding? Mindblowing stuff. The best so far. Loved every aspect of every drop. I’d go for the full 100 if they had managed to include the tartness of the Madeira as well…still

Situation: The first time I had this expression at the 2015 Tasting tour before the expression was officially released, the notes below are from that day and a sample I got from /u/catfurnace – Thanks again!, which I enjoyed side by side with the above on the sofa listening to the Boss.

Finish: After an initially strong/intense finish it degrades quickly. A sweet burned dark rotten note which does not stay that long, salty, a tad bit drying at the end.

The combination is nice, this is quite a bit wobbly and unclear though, somehow not very well defined and a bit too “wish-washy”. Still good, but not as good as expected.

Conclusion: Before the nose, I was sure that these two expressions would be very, very similar and my suggestion was that I wouldn’t care much for the Club Bottling as I didn’t really fell for the Madeira Cask. After the nose, I was a) convinced these were indeed quite different (with some similarities though) and b) sold on the Club bottling. That really blew me away, if you ever have the chance pull the trigger – if you don’t like it, no worries I’ll take it. Seriously, gimme! 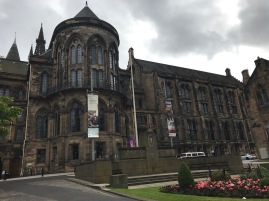